The history of necklaces dates back to ancient times. The first known necklace was discovered in a burial site in Syria in the late 1800s. It was made from gold, copper, and beads and is thought to date back to 5000 BC. Necklaces were popular during the Roman Empire and were used as symbols of power and status.  You can find the best necklaces for your wife at ARY DPO Necklaces.

They became especially popular among women during the Middle Ages. During this time, necklaces were often made from precious metals like gold and silver. Necklaces were also often decorated with jewels like diamonds and rubies. 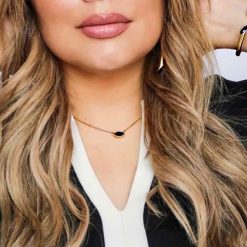 In the 16th century, Queen Elizabeth I of England became well-known for her extravagant neckwear. She wore a necklace made of pearls that weighed more than 30 pounds. Today, necklaces are still popular among women and are often worn as part of fashion statements.

A necklace is a beautiful and often very personal piece of jewelry. It can be made from a variety of materials, including glass, metal, ceramic, and even string. Necklaces have been around for centuries, and their history is full of symbolism and meaning. Here are a few examples:

The first known necklace was worn by the Queen of Sheba in the bible. It was made of 60 gold coins threaded onto a belt.

The Roman goddess Diana was often depicted wearing a necklace of snakes or lions. This symbolized her power over the wild animal's kingdom.

During the Middle Ages, necklaces were often made from expensive materials like pearls and precious metals like gold and silver. They were often given as gifts to powerful people or used as symbols of marriage or status.